He did have the 2017 season wiped away 4 games in when he fractured his ankle. Other than that injury,  he’s produced at an elite level and has remained healthy while doing it. His 94.1 yards per game only trails Julio Jones (95.3) in league history. He also finds pay dirt at a Jerry Rice level. In 44 games started, OBJ has 38 TD’s. Let me repeat that, 44 games, 38 TD’s. They don’t keep track of ESPN top 10 plays, but if they did, he would lead the NFL in that category too. He also has the best catch in sports history… maybe you’ve seen it.

Still in his rookie contract, he’s slotted to make $8.4 million this coming season, after that, he’s an unrestricted free agent. Before the injury (which I don’t think will change his upcoming contract offer much), here’s what one senior writer at ESPN believed he would make in his next contract.

“One source is confident that when the deal is made, it will dwarf what Steelers wide receiver Antonio Brown received earlier this offseason. Think in excess of $100 million and more than $20 million per season, and possibly even bigger than the $113 million total package negotiated by former Detroit Lions wide receiver Calvin Johnson in 2012.”

That would buy a lot of shitty Dominos pizza `and white like substance that your model girlfriend is meticulously making into lines with her credit card. THAT’S NOT SANITARY!

The 49ers could use the franchise tag on him and keep him under their control until 2021. OBJ has been insistent on letting his contract run out after this season.

What do the Giants want for him? According to PFF:

“The Giants are seeking at least two first round picks for Odell Beckham Jr., but right now it doesn’t look like any team will meet that price. Other teams around the NFL believe that GM Dave Gettleman might have to settle for “a couple second-round picks, [or] something in that neighborhood,”

I find it baffling that teams hold draft picks in such high regards. Time and time again its been proven that the NFL draft is a crapshoot. Why not take a top 3 player at his position for an unproven rookie. Many mock drafts have the 49ers taking Wide Receiver Courtland Sutton from Ole Miss with 9th pick. Curious on who Sutton’s NFL player comparison is? Mushin Muhammad. Wait…who!? High paid “Diva” Wide Receivers very rarely payoff. In Beckham Jr’s case, he’s an exception to that rule. Pull the damn trigger Lynch. Give Jimmy G his Danny Glover/Lethal Weapon for the next 7 years. 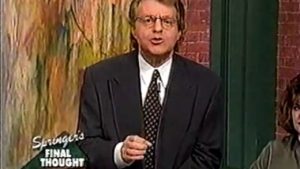 With a larger than life personality and skill set, OBJ can’t be tucked away in a place like Arizona. He needs the spotlight, he needs the flashing lights and late, bright city nights. The gold is shining bright on the team by the bay and OBJ has the right mining tools to fit.